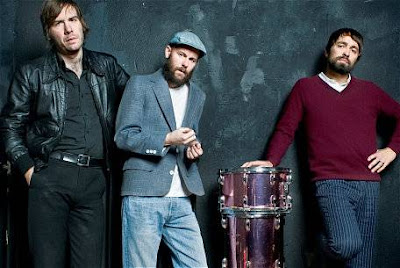 Check out an interview with Peter Bjorn and John as they discuss their upcoming album Gimme Some.

I have to admit that I do not have a lot of love for PBJ’s more experimental and dark ‘Living Thing’ album. I loved entier ‘Writer’s Block’ album, but was just not feeling their last one. That is all about to change with the upcoming release of their new album on March 29th!

Peter Bjorn and John did an interview with AOL Spinner recently. Below is an excerpt that gives fans an idea of what they can expect from the new album.

“It’s more similar to how we sound live,” guitarist and singer Peter Moren tells Spinner. “We just wanted to recreate the energy of the live show with just the trio — the guitar, bass and drums. It’s a different direction from the last two albums and kind of a return to our roots.”

Read the full interview to hear more from Moren about working with one of his idols, his feelings about the Swedish royal family and why he feels ‘Gimme Some’ — due out March 29 — reflects PB&J’s true sound.