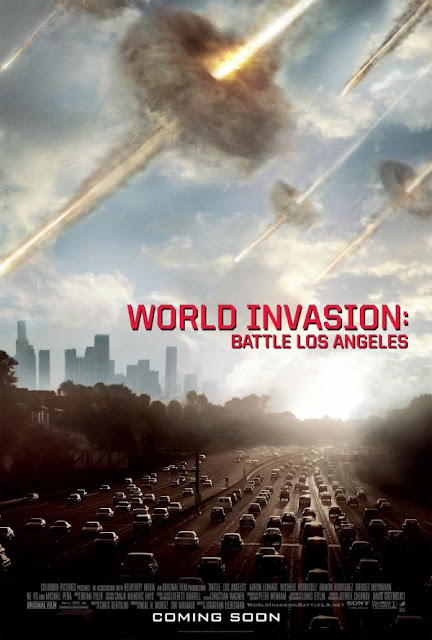 The film stars Aaron Eckhart, Michelle Rodriguez, Michael Pena, and Bridget Moynahan and is set for release on March 11th, 2011.
Synopsis:
For years there have been documented cases of UFO sightings around the world – Buenos Aires, Seoul, France, Germany, China. But in 2011 what were once just sightings will become a terrifying reality when Earth is attacked by unknown forces. As people everywhere watch the world’s great cities fall, Los Angeles becomes the last stand for mankind in a battle no one expected. It’s up to a Marine staff sergeant (Aaron Eckhart) and his new platoon to draw a line in the sand as they take on an enemy unlike any they’ve ever encountered before.
Source: The IMP Awards