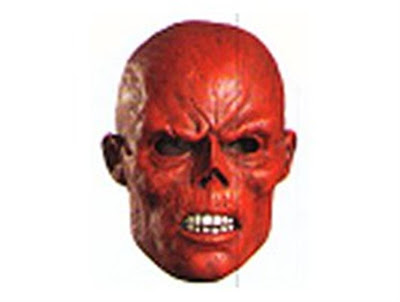 Here is our first look at Red Skull from the Captain America: The First Avenger movie. Of course it if Red Skull truly looked like that we would be in for a pretty craptastic film!
Oddly enough, it seems that Marvel Halloween costumes are big internet news? I am asking myself right now as I am posting this why anyone would anyone care about cheap looking costumes for Captain America, Red Skull, and Thor? Based on the number of posts from /Film and other sites, a lot of people actually do. Lets just hope that the film version looks loads better than this plastic Halloween costume! 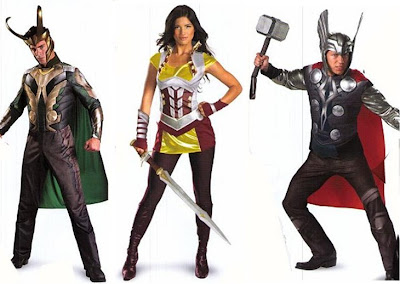