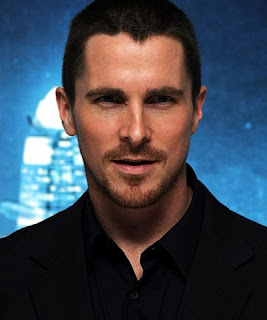 Christian Bale has revealed that The Dark Knight Rises will likely be his last Batman movie. This is not any big shock and has been rumored/reported before, but this is the first time that Bale is actuallytalking about it.

Here’s what he had to say to Empire last month:

“All I know is the likelihood that this will be the last one. Well, I wouldn’t say definitely. If Chris goes, ‘Hey, I’ve got another story I think could be interesting,’ then yeah, great, I’d go do that. I always assumed it would be three, but I could be wrong. I don’t know if there’s something wrong with me, but I don’t feel any pressure.”

Christopher Nolan has confirmed that The Dark Knight Rises will be his last installment in the Batman franchise, so as of now let’s assume that is it. It is good to hear that Bale is not ruling anything out.
Bale obviously loves working with Nolan, but how does he feel about the new cast coming in for the film?

“[Tom Hardy] seems like he’s balls-out, doesn’t he? Like he really goes for it.He looked like a guy that was happy to go to extremes, to really push it. Looks like he could go the distance…”

I am curious to hear his thoughts of working with Anne Hathaway, but that will have to wait for another time. I am looking forward to The Dark Knight and am happy with all of Nolan’s casting decisions. I am sure that if this film blows up at the box-office and more importantly receives a lot of critical praise that there is always a possibility that Nolan could change their mind about more films, we are talking about Hollywood where anything is possible. I highly doubt it but here’s to wishful thinking!
What are your thoughts on this news?