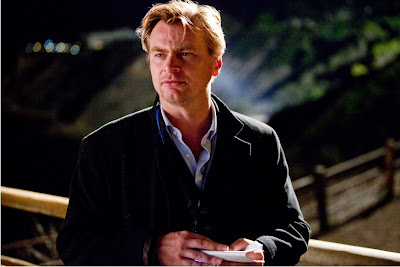 The Dark Knight Rises will start filming in May! Keep reading to find out some more details about the upcoming film.
Christopher Nolan was awarded the Modern Master Award for Inception recently at the Santa Barbara International Film Festival. At the event he revealed how he got the title for The Dark Knight Rises, Nolan said jokingly “I banged my head against the wall.”
According to SuperHeroHype Nolan went on to say,

“We’ve worked on it a long time – David Goyer and myself. We’re about 12 weeks away from shooting. We start in May.” We all know that there was a time when Nolan wasn’t sure he wanted to make a third Batman film, when he was asked why he decided to do it the director said, “It was about finishing the story.”

No confirmation was given by Nolan as to whether Anne Hathaway would play Catwoman or just Selina Kyle in the new film. When he was asked about it, he simply smiled and didn’t say a word. I’m pretty sure that Catwoman is going to be in it, it will just be unlike any other Catwoman we’ve seen before.

The Dark Knight Rises is scheduled to open in theaters on July 20, 2012.