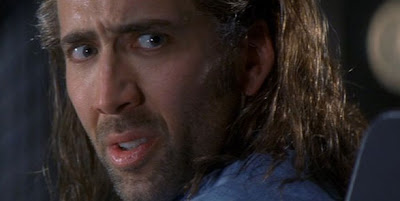 Could a Con Air sequel be in the works?

Simon West‘s new adrenaline-filled action remake The Mechanic arrives in theaters this week. In an interview today with CraveOnline the director revealed his next project Medallion, will reunite West with Nicolas Cage. The two worked together on Con Air,  one of the director’s first feature films.

Here is what West had to say:

This is definitely the early stages, so nothing is solid and the film may never materialize. One huge factor is the massive cast of the 1997 film which West hopes to reunite.

I loved Con Air mainly because of the great cast of characters. It would be perfect to reunite the cast, but it may also be cool to have a mix of old and new action stars.
What are your thoughts on the possibility of a Con Air sequel?

Sundance 2011: SILENT HOUSE Purchased But Is The Gimmick A Hoax?

Red Band Trailer For THE MECHANIC