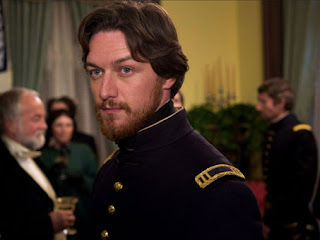 Here is the trailer for Robert Redford‘s Civil War-era drama The Conspirator.
The drama is set in 1865 and tells the story of the lone female charged as a co-conspirator in the assassination trial of Abraham Lincoln. She is forced to rely on her reluctant lawyer to uncover the truth and save her life.