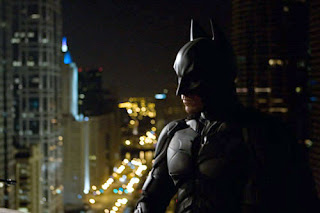 Could The Dark Knight Rises be filming scenes at Pinewood Studios in the UK?

A rumor is starting to circulate online that Christopher Nolan‘s The Dark Knight Rises will film at Pinewood Studios. Comic Book Movie is reporting that a “trusted source” is reporting that has cited UK’s Pinewood Studios as a shooting location for a huge chunk of Nolan’s third film. Each of the past films have used Chicago as as Gotham City. As with any film of this size there will be a great deal shot in a studio so why not Pinewood!

Here is the exact quote about The Dark Knight Rises sets:

“is going to be one of the biggest sets ever built at the studios in Pinewood since it’s been open.”

Loads of films have been shot at Pinewood including, The Bourne Ultimatum, Mamma Mia, Kick Ass and Prince of Persia and just about every Bond film made. It will be interesting to see the mixture of scenes shot on set and those filmed on location.
We’ll keep you posted when official news is announced. The Dark Knight Rises stars Christian Bale, Anne Hathaway and Tom Hardy. The film arrives in theaters on July 20th, 2012.

Clip Of Next Week's PORTLANDIA