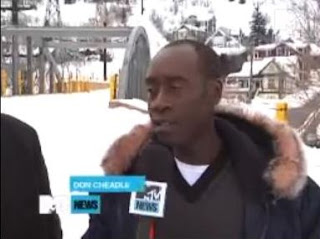 Don Cheadle revealed plans for a War Machine spin-off!
One of the reasons I hope to attend the Sundance Film Festival in the coming years is that you can simply be walking down the street and bump into all sorts of people. Venkman and Ben P, my fellow GeekTyrant writers are covering Sundance this year, and they ran into a slew of actors, directors producers, etc.
MTV caught up with Don Cheadle aka Colonel James Rhodes in Iron Man 2. Cheadle talked to MTV at Sundance 2011 where the question was brought up asking him if we would ever see a War Machine spin-off:

“They’re developing it now, they’re working on that. I think they’ve hired a writer, so we’ll see how it goes. It would be a lot of fun.”

Cheadle was also asked if War Machine would show up in the already crowded Avengers movie, he had this to say;“I think he’s kind of a lone wolf.”
It does not look like War Machine will appear in The Avengers but a movie seems likely. It has been rumored that a writer has been hired for the gig. 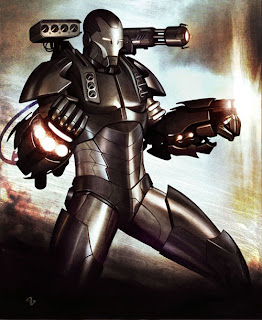