Duncan Jones’s Next Film Is Not MUTE, But Will Pay Homage To BLADE RUNNER 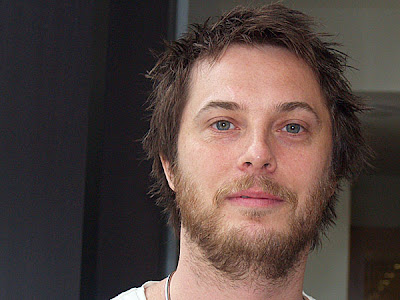 Duncan Jones (Source Code, Moon) has begun work on his next film, which will be a homage to the classic sci-fi film Blade Runner.

Jones has talked about a film he’s been working on developing in the past called Mute, which was inspired by Blade Runner, but in a recent interview he reveals his new project is not Mute. Strangely enough it is a completely different project, but inspired by the same film.

According to Jones, Mute is in limbo, and here’s what he had to say about it in a recent interview in which he reveals his plans for the new movie.

Well it’s in a bit of a limbo actually. I’ve always loved the script and felt it was a film worth making, but it’s a tricky one. It’s a sci-fi film, and one of the drafts of the scripts got leaked a while back. The reaction was mixed. Most people didn’t get the fact that yes it is sci-fi but it’s a futurist film. It’s a thriller that happens to take place in the future, it’s not some amazing piece of technology that ya know the world is depending upon and the whole story revolves around some particular piece of technology or some sci-fi hook.

That was the whole idea, to tell a film that can be based in any period, but just HAPPENS to take place in the future. And it’s been very difficult to basically pitch that in a way where people understand why it needs to be done that way. People just say, why can’t it be in a contemporary setting? But no, it’s about mood and atmosphere as much as anything else. It’s also quite dark so it’s been a tough sell. Also, it’s not a big film, it has been designed to be sort of a smaller and more independent film. Budget wise, it’s in between Moon and Source Code.

I just need to get away from it for a while. I’ll come back to it one day and hopefully it’ll work the way I see it working. In the meantime, I have another project that I’m very excited about. It will address what people expect from sci-fi films but still does what I want it to do, and still has the heart and energy that I’d wanna see in a sci-fi film.

Currently there is not much known about the new project. Jones said “one thing I can tell you about my next project is that I’m determined to do a future city film, I want it to be my homage to Blade Runner, even if it’s a bit bigger, it will be a city based future film.”
If you have yet to see Moon, make it a priority to watch! I am also super excited to see Source Code. Jones is one of the main visionary filmmakers to watch out for right now!
Source: We Got It Covered

Duncan Jones’s Next Film Is Not MUTE, But Will Pay Homage To BLADE RUNNER