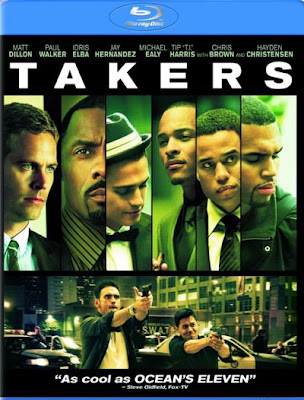 First impressions mean everything, even if you are pulling off a multi-million dollar heist! Takers is now available on DVD/Blu-ray and for Digital Download. Keep reading for more details!

You are likely already aware of that since you read Queued Up this week. Entry details are listed below. If you are looking for an action-packed film with style, Takers can’t be beat. The Blu-ray has tons of special features too, making it a worthy addition to your collection. 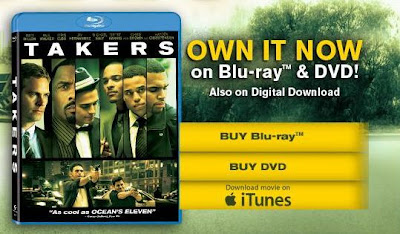 Buy The DVD/Blu-ray
Buy on iTunes

This high-stakes action thriller stars Matt Dillon, Paul Walker, Idris Elba, Jay Hernandez, Michael Ealy and Tip “T.I.” Harris. After pulling off a spectacular series of brilliantly planned bank robberies, a notorious team of professional criminals attempts one last heist, a once-in-a-lifetime job with a $25 million payoff. And all that stands in their way is a cop hell-bent on doing whatever it takes to solve the case and bring the TAKERS down. Chris Brown and Hayden Christensen costar in an adrenaline-rushed thrill ride packed with twists and turns.

J.Jonah Jameson Will Not Be In Marc Webb's SPIDER-MAN

New Image From THE MUPPETS