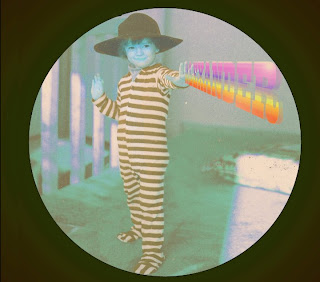 will be released March 1st on Community Music (via Vagrant) and on Feb 28 via Rough Trade. Below is a link to check out the first two singles, “Truth” (available to download free) and the brand new “Million Years”.Take a listen to the singles and be check out the album tracklist below:

Alexander Ebert, lead singer of Edward Sharpe and The Magnetic Zeros, will be releasing his debut solo albumAlexander on March 1st via Community Music (RoughTrade will release the album in Europe on February 28th). The album will include ten brand new songs that Alexander wrote and composed entirely himself. The track-list for the album can be found below. During breaks from touring with the Zeroes over the past year, Alexander began building and recording the pieces that would become the songs for this album alone in his bedroom. Before this album, all of the music he worked on had been collaborative, especially with the 10-person Magnetic Zeroes. “I wanted to be able to build an album basically with my hands, like building a house by myself,” Alexander remarked of his inspiration for making this album without outside help. There isn’t a single sound on the ten-song album that Alexander didn’t perform himself. Alone in his room, he had his guitar, a Lowery organ he picked up at a St. Vincent’s thrift store in Los Angeles for seventy bucks, a clarinet he used for the bridge on the record’s first single, “Truth,” and a violin he’d found somewhere in Tucson on tour. He had his own voice, his breath, his knees to slap, his fingers to snap and his toes to tap. When he knew that he wanted to use a violin on the bridge of “Glimpses,” he had an urge to call a friend to come play it for him, but then questioned why he wouldn’t try it himself. Says Alexander, “To me, it’s a very humble album with sky’s-the-limit sort of qualities, and so I didn’t really shy away from doing whatever I felt like doing.” As for the music itself, Alexander explains that some of the inspirations for the “mouth sounds” that you can hear throughout the record were from all-time- favorites of his like the 1970 chart-topping ditty “In The Summertime” by British band Mungo Jerry. He also notes that children’s clapping games like Patty Cake and infectious and optimistic Disney tunes like “Zip A Dee Do Da” served as loose inspirations for him. Alexander will play select shows before returning to the studio to complete work on the upcoming second LP from Edward Sharpe and the Magnetic Zeroes, which will be released later this year. Alexander track listing:1. Let’s Win2. Awake My Body3. Truth4. In The Twilight5. Bad Bad Love6. Old Friend7. A Million Years8. Remember Our Heart9. Glimpses10. Let’s Make A Deal To Not Make A Deal

Download James Vincent McMorrow's "If I Had A Boat"