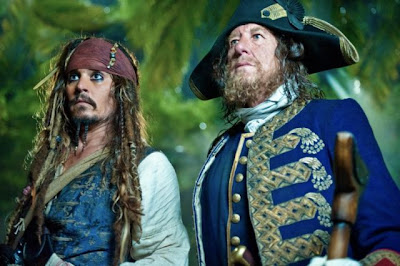 I am excited to watch the Super Bowl this year. not because I am, a football fan, but because of the excellent commercials.  As you might expect the ads I am looking forward to the most are the movie trailers.

Paramount Studios is set to lead the way with ads for 6 films, including J.J. Abrams‘ Super 8,Transformers: Dark of the Moon, Gore Verbinski‘s Rango with Johnny Depp and Marvel’sThor and Captain America: The First Avenger.

Disney has purchased ad space for Pirates of the Caribbean: On Stranger Tides and Universal and DreamWorks’ have bought time for Cowboys & Aliens.

Warner Bros. and Fox currently do not have any ads slated for the broadcast, but that could change. And studios participating could add spots for other films before the game.

Relativity Media will be placing their first Super Bowl ad and have bought time for Limitless starringBradley Cooper and Robert De Niro, which opens March 18.

A 30-second spot is costing a staggering $3 million, up from last year. It is well worth it for studios because a record 106 million viewers tuned in last year. Studios, on a whole have been spending a lot less since 2006 because of the high cost, yet they are major supporters of this years game.

According to a study from Kanta Media, Disney has spent $70.8 million on Super Bowl ads since 2001. Studios have been spending about the same amount this year as in 2010, they may be up a bit even.
Many studios are not airing ads during the game, instead opting to advertise when rates are lower during pregame festivities. Sony has purchased ads for Just Go With It (Feb. 11), Battle: Los Angeles (March 13) and Priest (May 13) before the game. Focus Features has also bought a pregame ad for The Eagle (Feb. 11). Paramount has also purchased pregame ads for Kung Fu Panda 2 (May 27).

Relativity looks to be going after the target demo for Take Me Home Tonight (March 4) buying time during Glee, airing after the Super Bowl. Paramount is also buying time for Justin Bieber: Never Say Never (which I am super excited to see)

Sounds like we are going to see a lot of movie ads during the Super Bowl which is fine with me, I would rather see movie ads than some of the other ads that usually air.

Mike White Has Dropped Out Of PRIDE AND PREJUDICE AND ZOMBIES