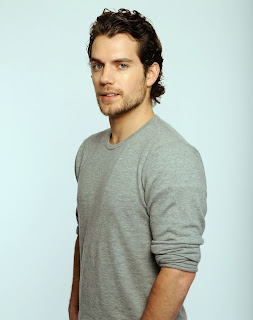 Yesterday, Henry Cavill was announced as being cast by Zack Snyder as the new Superman. With the news, came a lot of questions of about who the actor is and how he was able to beat out other actors for the part. Cavill did not find out that he’d landed the role until early Sunday morning and soon the entire world new the news.

Christopher Nolan, who is ‘Godfathering’ the reboot managed to keep the casting process under wraps. Now that the casting has been made official, small details of the process have bee revealed.
There were many actors that auditioned for the role, HeatVision reported that only a handful of actors actually made it to the final cut before Cavill was finally selected: Matthew Bomer (White Collar),Matthew Goode (Watchmen), Joe Manganiello (True Blood), Armie Hammer (The Social Network) and Colin O’Donoghue (The Rite). These are definitely actors to be on the lookout for in the future. I would have really liked to see Bomer don the tights, but am happy a decision has been made.
It is rumored that Goode was Cavill’s closest competition and that he supposedly bowed out of the running for a shot at landing the lead in , Abraham Lincoln: Vampire Hunter, which ultimately went to Benjamin Walker. It was also rumored that Manganiello was a frontrunner. Not much else was leaked about the process due to the strong confidentiality agreements associated with this project.
Cavill first met with Zack Snyder this January after screen tests began months ago. It is being reported that the decision making process was so secret that no other actor was even aware of who else was auditioning or in contention. The actors were held in private rooms that were singular in appointment. Only a small number of Warner Bros. execs were made aware of the final choice and other high ranking personnel did not learn the news until the official announcement was made. This is a prime example of how much power Christopher Nolan wields at Warner Bros.
The Superman franchise is definitely heading in completely different direction from previous films, and I for one am excited for this prospect. Snyder and Nolan’s involvement gave me hope and now Cavill’s casting is a strong indicator of the possibility.
Here is what one Warner Bros. executive had to say about the casting, according to Deadline:

“He’s got an amazing quality. He doesn’t look too much like Reeve and Routh but he’s big and strong and he has a very modern feel to him. We’re really going to try and make Superman as contemporary as possible.” To put a new spin on an iconic pop-culture standard: a cinematic tight rope walk if ever there was one.

I think that Cavill is a great choice for Superman. Are you happy with his casting?