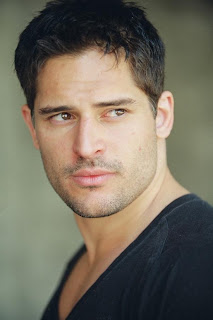 It currently looks like that way! True Blood star Joe Manganiello could be moving to the front of the pack for the coveted role of Superman in Zack Snyder‘s upcoming film Superman: Man of Steel.

Manganiello, who plays werewolf Alcide Herveaux on HBO’s True Blood, has been rumored for the role before and denied it. New news has surfaced showing he may be the first on Znyder’s list. Geoff Boucher of LA Time Hero Complex posted the following on his twitter account:

This would not be the first time Manganiello has starred as a comic-book character. He played Flash Thompson in 2003’s Spider-Man 3, even thought is was a very smaller part. IF he is cast in the part, it would be the actors biggest role to date.
What do you think of Joe Manganiello as the next Superman?