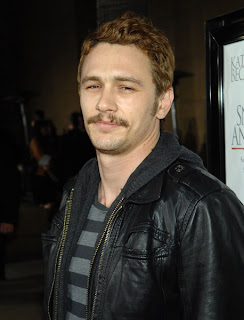 James Franco has played a number of great roles, are you ready for him to star as a pornographer?

James Franco is currently in talks to portray pornographer Chuck Traynor in a Linda Lovelace film tol be directed by Rob Epstein and Jeffrey Friedman (who directed him in Howl). An offer has been made to Kate Hudson to play the title role in Lovelace, with a script written by W. Merritt Johnson based on Eric Danville‘s novel The Complete Linda Lovelace.

Epstein and Friedman have been developing this project since they premiered Howl in 2010 at Sundance. Franco has a lot of projects on his plate now so his involvement is not certain. He’ll be hosting the Oscar’s with Anne Hathaway, he plans to direct two feature films, and he’s joining Nicole Kidman on Broadway in Sweet Bird this fall to be directed by David Cromer. H will be seen next on the big screen in Rise of the Apes this summer from Fox.

This marks the second Lovelace project in the works. Malin Akerman (stepping in for Lindsay Lohan) is attached to star in Inferno: A Linda Lovelace Story to be written and directed by Matthew Wilderwhich made the 2008 Black List.

Currently, both biopics are having trouble finding funding. I would prefer to see the Franco starring film personally, if and when either make it to the screen.  This is a story that deserves to be told so I am sure we will see them at some point.

What are your thoughts of this news?
Source: Deadline