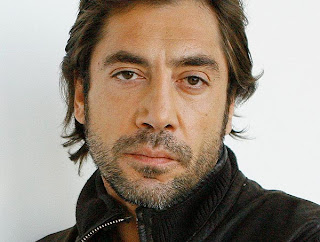 Javier Bardem has officially been offered the role Roland Deschain in Ron Howard’s adaptation of The Dark Tower!

Deadline reports that Howard has formally offered Bardem the role, but that formal negotiations haven’t begun. Akiva Goldsman has written the script for the first film and will write the TV component as well. Imagine Entertainment’s Brian Grazer is producing with Goldsman and the Stephen King. The films will be financed and distributed by Universal. After the first film there will either be a limited run TV series or a miniseries which will be financed by NBC Universal Television Entertainment.

Earlier today we reported that Christian Bale was thought to be one of the frontrunner’s for the role. Viggo Mortenson has also been a name tossed around for the part. Deschain is the last living member of a knightly order of gunslingers, and humanity’s last hope to save a civilization that will fall unless he finds the Dark Tower.

Howard and Goldsman told Deadline that they envision the trilogy as their answer to Peter Jackson‘sThe Lord of the Rings trilogy. Goldsman described the feel of the film as “an alternate Americana, one part post-apocalyptic, one part Sergio Leone.”

I would have loved Viggo Mortenson or Christian Bale in this role, but I am also happy with Bardem. It is important to have an actor that is able to immerse himself in this role, which Bardem will do.