J.Jonah Jameson Will Not Be In Marc Webb’s SPIDER-MAN 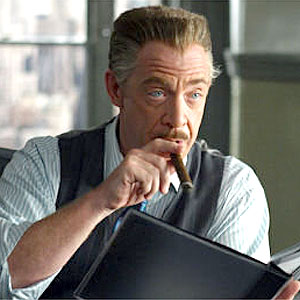 Filming is in full swing on Marc Webb‘s Spider-Man there has been a lot of casting stories and posts going around. One cast announcement that has yet to be made is for the role of Peter Parker’s boss, J. Jonah Jameson, chief of the Daily Bugle.

According IGN, the reason is that J. Jonah Jameson won’t be in the movie. This means that no wone will be barking orders at Parker in the reboot.There were numerous rumors earlier that John Slatter or  Sam Elliot had been cast in the role, but that does not seem to be the case.

Don’t worry Spidey fans, the Daily Bugle could still be in filmThat’s not to say The Daily Bugle isn’t in the movie, as the recent set photos of a Bugle delivery van show below. 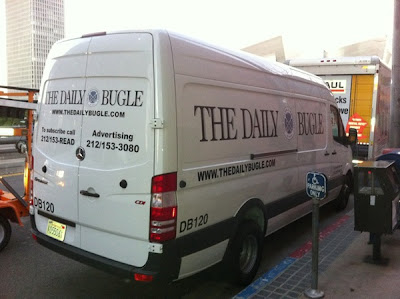 What are your thouths about Jameson not being a part of this Spider-Man film?

J.Jonah Jameson Will Not Be In Marc Webb’s SPIDER-MAN