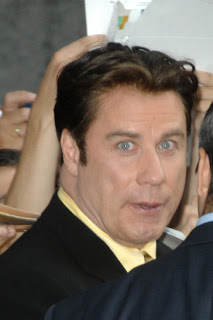 John Travolta played a mobster in Get Shorty and he may now be taking on the role of one of the biggest mobsters of all time, John Gotti!

John Travolta is in serious talks to play New York City Mob Boss John Gotti in a new biopic named Gotti that will most likely end up being directed by Nick Cassavetes.

Marc Fiore of Fiore Films say’s they would love to have him in the movie, and states that “he’s a terrific actor. John Gotti, Sr. — he’s an icon. And so is Travolta … The Gottis have an image already. People know who they are. You can’t just be a good actor, you have to be a great actor who can become John Gotti.”
Travolta is always Travolta no matter what, he doesn’t immerse himself in the roles by drastically changing his appearance. This role needs to be played by an actor that can lose himself in the role, and I’ve never seen Travolta do that.
Production is planned to start next year on the film.
Here is a bit of background on John Gotti:

Gotti was born in 1964 in Brooklyn, with his mother attempting to shield him and his three siblings from their father’s life of crime. As a young man, Gotti worked in trucking and construction but eventually worked his way up within the Gambino crime family and became a “made man” in 1988.

The younger Gotti served jail sentences of about nine years for a variety of charges, including racketeering, gambling and loan sharking, but was never convicted as a defendant in four racketeering prosecutions between 2004 and 2009. He asserts he’s turned his life around and believes that a feature film is a good means to move beyond his past.

Sounds like a pretty unique story and one that I would love to see on screen.
What are your thoughts of Travolta as Gotti?
Source: EW