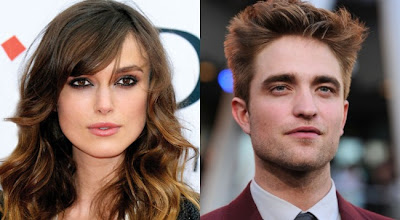 Keira Knightley is set to replace Marion Cottilard in the lead role of David Cronenberg‘sCosmopolis. Cotillard had to leave the project because of a scheduling conflict.

The story is based on the book of the same name written by Don DeLillo. The film takes place during 24 hours in the life of a newly married billionaire Eric Packer (Pattinson) as he cheats on his wife, is pursued by a stalker, gets attacked by a protester and gradually loses his entire fortune over the course of a single day. Knightley wll step into the role of his wife.
There have been some changes since this project was first reported. Colin Farrell was initially slated to star as the lead but had to pull out. Paul Giamatti was listed at one time as playing one of the stalkers was not showing up on the cast list according to The Playlist.
Knightley recently worked alongside Michael Fassbender and Viggo Mortensen for Cronenburg on the period-based A Dangerous Method.
Official casting news will be announced soon since filming begins in May in Toronto and New York City. Unlike some critics, I think that Pattinson will do well in this role and I am excited to see him in it. Knightley will be good opposite Pattinson in my opinion.
What are your thoughts on this news?

New Image From HARRY POTTER AND THE DEATHLY HALLOWS Part 2