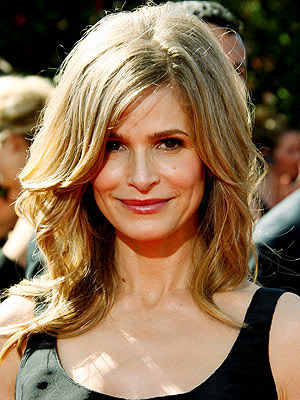 Kyra Sedgwick is set to star opposite Jeffrey Dean Morgan in the upcoming horror thriller Dibbuk Boxfrom Lionsgate. Sam Raimi and Rob Tapert are producing the film under their Ghost House Pictures banner.

The film is from Danish director Ole Bornedal (Just Another Love Story, The Substitute) and is based on a script inspired by true events written by Juliet Snowden and Stiles White.
Synopsis:
Morgan and Sedgwick will star as recently divorced parents whose youngest daughter becomes strangely connected to an antique wooden box she purchased at a yard sale. As the daughter’s behavior becomes more erratic, the father senses a dark presence building until he discovers that the box was built to contain a dibbuk — a dislocated spirit that inhabits and ultimately devours its human host.
Lionsgate plans to release Dibbuk Box domestically on Oct. 28. This is the same time that Saw normally has come out from the studio for the past seven year. On a side note I have yet to see one of the films in the Saw franchise.
Sedgwick will next be seen in Man on a Ledge from Summit Pictures and can bee seen in TNT’s The Closer. It will be interesting to see Sedgwick in a horror thriller, I do not believe that she has starred in a film in this genre, but correct me if I am wrong. It makes sense that she is breaking cast with The Closer coming to an end next year.
The story sounds rather interesting and now that they have two good actors in the lead roles this is shaping up to be pretty cool. What are your thoughts?