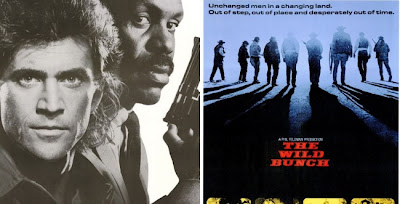 Warner Bros. is working on a reboot of Lethal Weapon, a remake of The Wild Bunch and a remake of Westworld.

Now that Jessica Goodman has parted ways from the studio, these films are getting a revamp. She worked with Warner Bros. for 13 years as VP and oversaw films such as Watchmen, Training Day and the upcoming Green Lantern.
Goodman had a bunch of remakes/reboots waiting to be greenlit, including remakes of The Dirty Dozen, Oh, God as well as Tarzan. These films had been gaining ground lately, but hat been able to find the right team of producers and actors attached to move into production. In the queue for development are a reboot of the Lethal Weapon franchise as well as remakes of Westworld and The Wild Bunch.
With her departure these projects will now be given a fresh look. I am a huge fan of The Wild Bunch and I am torn with the idea of this getting the remake treatment. I would love to see what a director like David Fincher or maybe The Coen Brother’s could do with the film. I do not care if there are any moreLethal Weapon films, but with the right team in place this could be good.
Which of the films would you like to see in theaters the most?
Source: THR

Sundance 2011: HOBO WITH A SHOTGUN Purchased Before The Fest