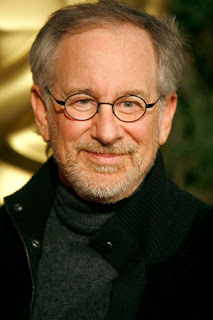 NBC has purchased the pilot for the musical drama pilot Smash, which is based on an idea from Steven Spielberg.

If the project becomes a series it will follow a group of characters who come together for the “exhilarating ride of putting on a Broadway musical,” NBC says. Playwright Theresa Rebeck wrote and executive produced the pilot script. Spielberg, Darryl Frank, Justin Falvey, Craig Zadan and Neil Meron (Hairspray) will also serve as executive producers. Original song will be provided byMarc Shaiman and Scott Wittman. Michael Mayer (Spring Awakening) is currently in negotiations to direct the series.
I am not a big fan of Glee even thought I love Jane Lynch, so the idea of another musical show does not sound appalling to me. This does sound a bit promising because it looks like Smash will actually use “original” songs unlike Glee.
Does Smash sound like a show you would like to watch?