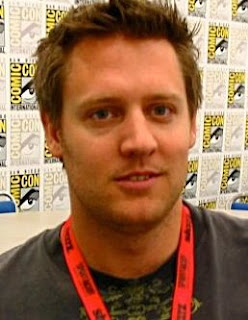 I was so busy being excited about Elysium news that I completely overlooked another project in the works from Neil Blomkamp with Media Rights Capital. MRC is showing a lot of love for Blomkamp lately, giving him the go ahead on project titleed Chappie. I really can’t blame them. District 9 was amazing and Elsyium is shaping up to be even better.

The only thing known at this point about Chappie is that it’s another sci-fi film not part of the new distribution deal with Sony (but they will surely get first look at the script) and that the film will be shot after Elysium is completed to reach theaters in 2012.
Blomkamp’s main focus is Elsyium. The big budget feature will star Matt Damon, Jodie Foster and SharltoCopley. Pre-production begins in April and filming set to kick off in Vancouver and then in Mexico City. I am excited to learn more about Chappie and will report more as soon as news develops.
Are you excited for even more sci-fi from Neil Blomkamp?