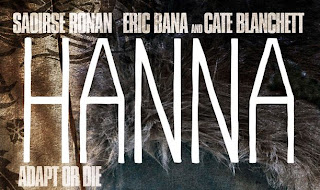 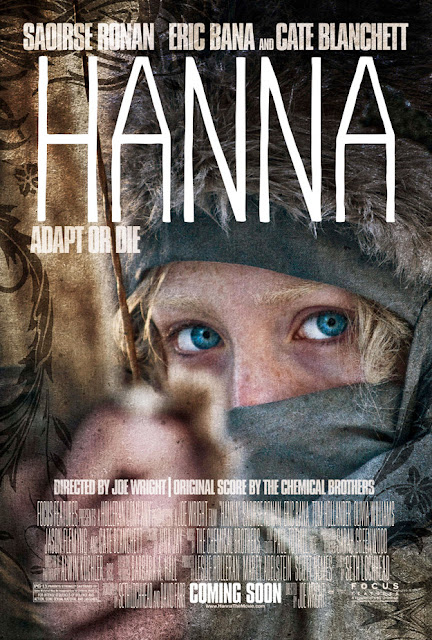 The film stars Saoirse Ronan as a 16-year old girl trained by her father — portrayed by Eric Bana — to be a vicious assassin.
Hanna is directed by Joe Wright and also stars Cate Blanchett and features music from The Chemical Brothers

. It is set for theatrical release on April 8th, 2011.If you have not seen the trailer click HERE.
Official Synopsis:

Hanna (Saoirse Ronan) is a teenage girl. Uniquely, she has the strength, the stamina, and the smarts of a soldier; these come from being raised by her father (Mr. Bana), an ex-CIA man, in the wilds of Sweden. Living a life unlike any other teenager, her upbringing and training have been one and the same, all geared to making her the perfect assassin. The turning point in her adolescence is a sharp one; sent into the world by her father on a mission, Hanna journeys stealthily across Europe while eluding agents dispatched after her by a ruthless intelligence operative with secrets of her own (Ms. Blanchett). As she nears her ultimate target, Hanna faces startling revelations about her existence and unexpected questions about her humanity.