New PIRATES OF THE CARIBBEAN: ON STRANGER TIDES Hi-Res Images 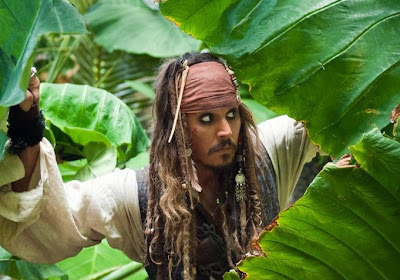 Check out two new images from Disney’s Pirates of the Caribbean: On Stranger Tides.
Click the images for the full hi-res experience: 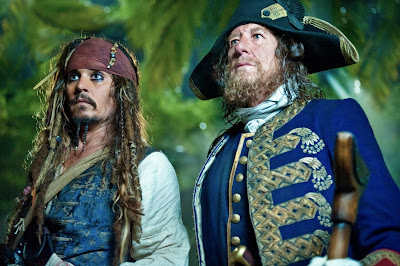 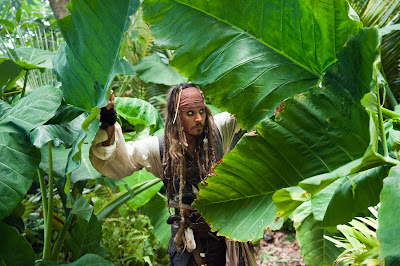 The photos give us our first look at Captain Hector Barbossa, portrayed by Geoffrey Rush. His character joins King George II’s Royal Navy as a privateer to lead an expedition to the Fountain of Youth.

The comedy adventure was directed by Rob Marshall and stars Johnny Depp, Penelope Cruz, Ian McShane, Kevin R. McNally, Astrid Berges-Frisbey, and Sam Claflin. The movie opens up in theaters in 3D, 2D, and IMAX 3D on May 20, 2011.
I am still not super excited to see another Pirates film from Disney. I am still not sure I want to see this in theaters unless something changes my mind.
Synopsis:
Produced by Jerry Bruckheimer and directed by Rob Marshall, Pirates of the Caribbean: On Stranger Tides captures the fun, adventure and humor that ignited the hit franchise—this time in Disney Digital 3D™. Johnny Depp returns to his iconic role of Captain Jack Sparrow in an action-packed adventure. Crossing paths with the enigmatic Angelica (Penelope Cruz), he’s not sure if it’s love—or if she’s a ruthless con artist who’s using him to find the fabled Fountain of Youth. When she forces him aboard the “Queen Anne’s Revenge,” the ship of the legendary pirate Blackbeard (Ian McShane), Jack finds himself on an unexpected adventure in which he doesn’t know whom to fear more: Blackbeard or Angelica, with whom he shares a mysterious past. The international cast includes franchise vets Geoffrey Rush as the vengeful Captain Hector Barbossa and Kevin R. McNally as Captain Jack’s longtime comrade Joshamee Gibbs, plus Sam Claflin as a stalwart missionary and Astrid Berges-Frisbey as a mysterious mermaid.
Captain Jack Sparrow (Johnny Depp) finds himself on an unexpected journey to the fabled Fountain of Youth when a woman from his past (Penelope Cruz) forces him aboard the Queen Anne’s Revenge, the ship of the formidable pirate Blackbeard (Ian McShane).

New PIRATES OF THE CARIBBEAN: ON STRANGER TIDES Hi-Res Images