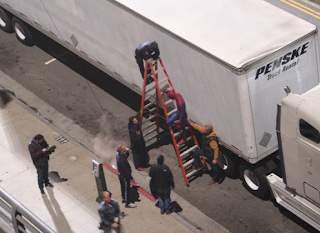 Here are some new set photos from Marc Webb‘s Spider-Man giving us our first look at Andrew Garfield as in costume swinging through the streets and tackling a robber with the police pursuing him. The more photos I see of the film, the more I can’t wait to see the final product. Garfield is going to be the best Spider-Man.
Here is a report from On Location Vacations:

During last night’s shoot both Andrew Garfield (who plays Spider-Man) and a stuntman were on location taking turns filming a scene in which Spidey swings over the “New York City” traffic. In the photo above Andrew is climbing the ladder to for a shot on top of the truck while the stuntman can be seen standing next to him in the black jacket.

The currently untitled Spider-Man reboot is set to be released in 3D on July 3, 2012. Check out the photos below and share your thoughts! 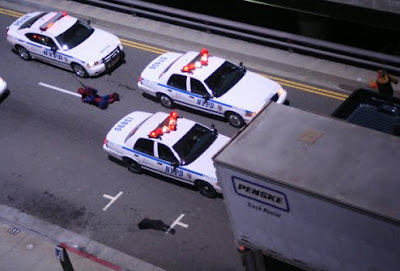 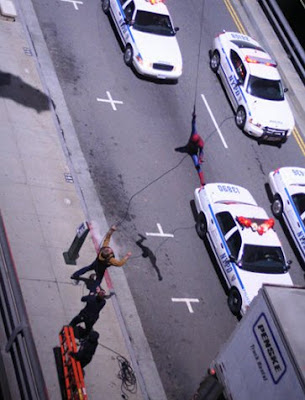 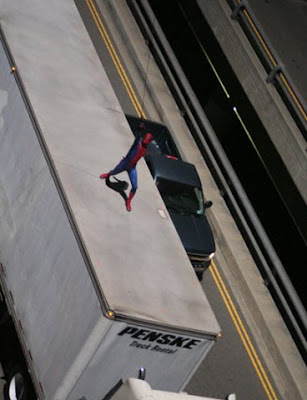 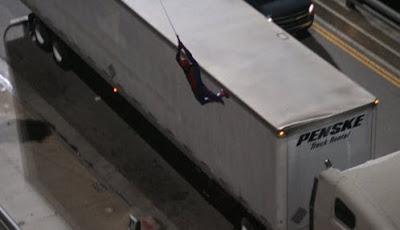 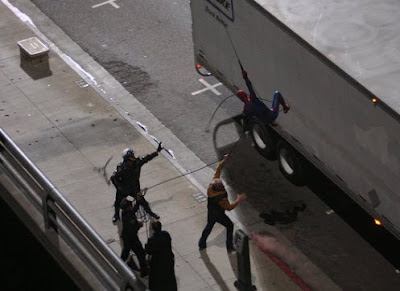 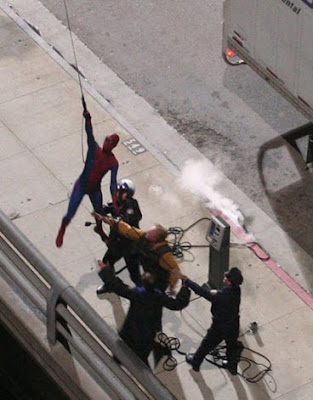 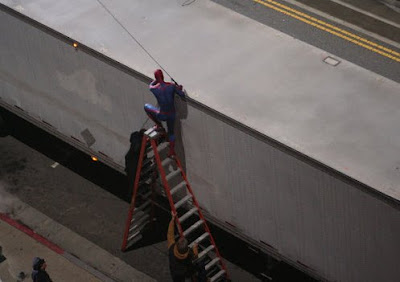 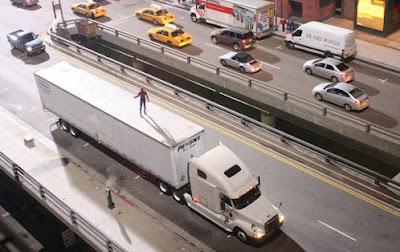