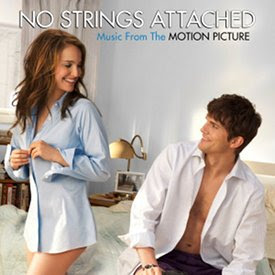 Natalie Portman has a new comedy opening Friday called No Strings Attached with Ashton Kutcher. The track listing has been released today!
The soundtrack has a nice mix of indie faves such as Bishop Allen and Mark Ronson alongside the D’Angelo, Leona Lewis and The Plain White T’s. The most interesting track is“I Wanna Sex You Up” by Color Me Badd!

The soundtrack arrives on iTunes tomorrow, January 18th while the film will arrive in theaters on January 21st.

Which Was Funnier: Natalie Portman's Laugh Or Brendan Frasers Clap?

Duncan Jones's Next Film Is Not MUTE, But Will Pay Homage To BLADE RUNNER