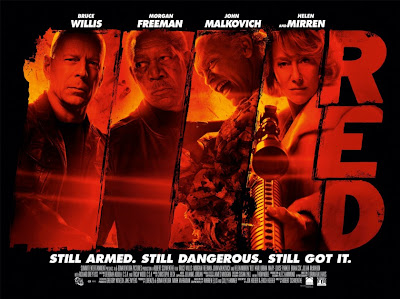 Summit Entertainment has hired Jon and Erich Hoeber back to write the script for the sequel!

I really enjoyed the film adaptation or Warren Ellis‘ RED. The film was so much fun to watch in theaters and I can’t wait to see it again on DVD/Blu-ray. I was hoping that there would be a sequel and now it looks like there will be.Jon and Erich Hoeber not only wrote the first film they also did the upcoming thriller starring Sam Worthington called Man on Ledge. They also helped write Peter Berg‘s Battleship, which should be interesting.

The key to the success of the sequel is bringing back the full original cast. Without the cast, they better not consider making the movie.
What are your thoughts on a sequel to RED?
Source: Collider

Duncan Jones's Next Film Is Not MUTE, But Will Pay Homage To BLADE RUNNER