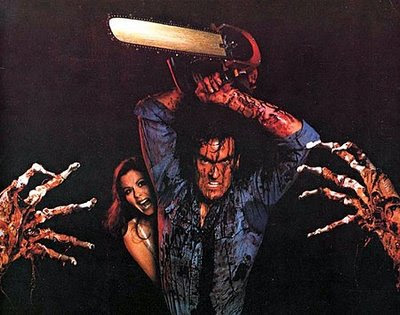 Are you ready for more Evil Dead?

Rob Tapert, producer of Evil Dead, Evil Dead II, and Army of Darkness announced that he and Raimi are working on another installment.


During an interviewwith the Detroit Free Press, Tapert stated that another Evil Dead is possible. He states, “we’re looking at a script this month.” This is very similar to what Raimi said back in 2008, when he was trying to build interest for other projects. As of now we’ll consider this a rumor because Tapert could be trying to just gain publicity for his work on TV’s Spartacus.

Until we hear differently let’s just go with the flow on this story. Tapert goes on to say the following,

“What’s interesting about ‘Evil Dead’ is very few people saw it in the format we made it for, which is for the theater… I think Sam wants to embrace the ultimate experience in grueling terror and see it remade for a proper theatrical experience.”

If the project is indeed real, it sounds more like a remake instead of a sequel. I love the original films and don’t know how I feel yet about a remake of Evil Dead. I would hope that Bruce Campbell is involved, if not fans will boycott.