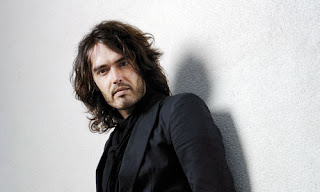 Russell Brand is set to star in Adam Shankman‘s Rock of Ages.

Brand is interested in the role of Lonnie, manager of the ’80s rock club The Bourbon for owner Dennis (likely to be played by Alec Baldwin). Brand and Baldwin will share a scene that has them singing REO Speedwagon‘s Can’t Fight This Feeling. Tom Cruise is expected to close a deal to play the decadent rock star Stacee Jax which should be announced soon.

In the role Cruise would sing Bon Jovi’s Wanted Dead Or Alive. Once Cruise inks his deal everything else will quickly fall into place for a production start date in May. Michael Arndt (Little Miss Sunshine) has been working on a rewrite of the script originally penned by the musical’s book writer, Chris D’Arienzo.
Brand recently played the title role in the Arthur remake for Waner Bros. He has worked with Shankman before when he starred in Bedtime Stories. Forgetting Sarah Marshall and Get Him To The Greek are my personal favorite films of Brand. With Arthur most recenlty and those roles he has a great experience starring in roles that revolve around music so why not star in Rock of Ages.
I am not typically a fan of musicals, but with this cast I am interested in seeing this film. What are your thoughts on this news?