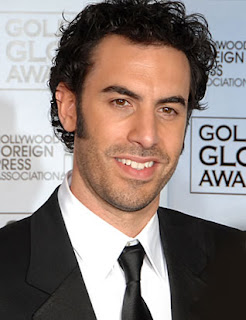 Sacha Baron Cohen’s new comedy The Dictator will be directed by Larry Charles and has a May 11, 2012 release date.

The film to be released by Paramount Pictures which tells “the heroic story of a dictator who risked his life to ensure that democracy would never come to the country he so lovingly oppressed.”

The film is is inspired by the novel Zabibah and The King by Saddam Hussein. Scott Rudin, Alec Berg, Jeff Schaffer and David Mandel will produce the film alongside Baron Cohen.