SEX ON THE MOON In Development By SOCIAL NETWORK Producers 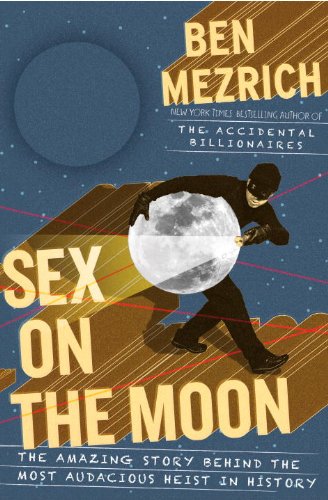 The producers behind The Social Network are developing a feature adaptation of Ben Mezrich‘s proposed novel Sex on the Moon.

Mezrich wrote The Accidental Billionaires which was the basis for Aaron Sorkin‘s award-winning script for The Socia Network. He also wrote the book which was adapted into the film 21 starring Kevin Spacey.
Sony Pictures has acquired the rights to Mezrich’s proposal and will develop Sex on the Moon with Scott Rudin, Michael De Luca and Dana Brunetti. Kevin Spacey will serve as executive producer on the project.
The film will follow the story of Thad Roberts, a once-promising young scientist working for NASA who back in 2004 hatched a crazy plan to steal highly prized moon rocks from his bosses at the Johnson Space Center and sell them on the Internet. The motivation: wanting to impress his girlfriend (i.e., “giving her the moon”).
I enjoyed 21 and believe that The Social Netowrk is the best film of the year. Mezrich has a nack for taking true events and turning them into storys worthy of the big screen.
What are your thoughts on this new?

SEX ON THE MOON In Development By SOCIAL NETWORK Producers