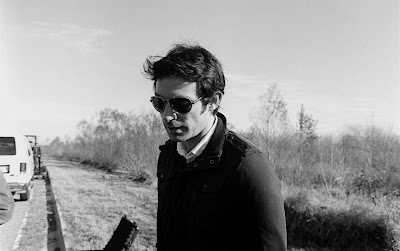 He starred and directed Primer in 2004 dealing with time travel so he is well versed in the genre of sci-fi action films.

The film stars Joseph Gordon-Levitt, Bruce Willis and Emily Blunt and is about a group of hitmen who receive their assignments from the future.
The picture above was taken of Caruth on the Louisiana set of the film currently in production.
Source: Comingsoon [Looper Tumblr]