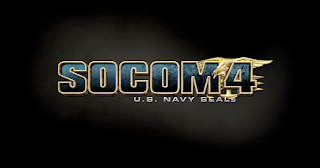 Check out the trailer from IGN below and share your thoughts!

More SOCOM 4: U.S. Navy SEALs Videos
SOCOM 4 is set in China. The player controls a character unofficially called the “Ops Commander,” the leader of a 5-man NATO special forces squad deployed near the Strait of Malacca. He is accompanied by two Americans named Schweitzer and Wells, as well as two South Korean operatives, Chung and Forty-Five. The latter is reported to be “vital to the story.” The plot stretches over a six-day period in two main acts. The special forces squad is said to face an indigenous revolutionary group known as the Naga. Zipper reports the story to be “beyond the typical bounds of military shooters.” The commander is Cullen Gray and he gives orders to other 4 soldiers.