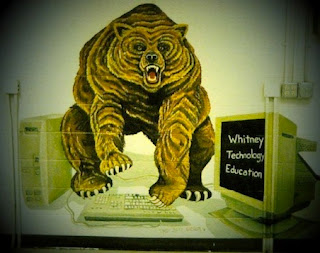 Mike Skinner, better known as The Streets has a new mixtape arriving on February 7 and today the tracklist was announced.

The mixtape is titled Computers and Blues

and will be released from 679/Atlantic. The tape features a ton of British MCs, including grime-era favorites like Kano, Wiley, and Jammer.

As a sort of companion piece, Skinner has also released a new mixtape titled Cyberspace and Reds. Stream the whole tape at Bln.kr. Watch the video for Computers and Blues‘ “Going Through Hell“.
Check out the tracklist below:
Cyberspace and Reds:
01 Came in Through the Door [ft. Kano]
02 4 O’Clock
03 Don’t Hide Away [ft. Wiley, Rinse, and Ice Kid]
04 Too Numb [ft. RoxXxan]
05 Backseat Barz [ft. Loudmouth]
06 Tidy Nice and Neat [ft. Ghost Poet]
07 The Morning After the Day Off on One [ft. Trim]
08 Cinema Barz [ft. Jammer]
09 Breakbat Barz [ft. Scru Fizzer]
10 Something to Hide
11 Robots Are Taking Over [ft. Envy, Elro, and Frisco]
12 Cross That Line [ft. Fumin]
13 Minding My Own [ft. Wretch32]
14 At the Back of the Line [ft. Joey G-Zus]
Source: Pitchfork