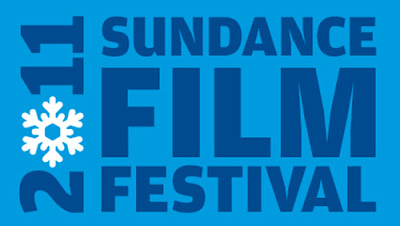 The award winners have been announced for the 2011 Sundance Film Festival. Like Crazy took home the Dramatic Grand Jury Prize, and Circumstance won the dramatic audience award.
Check out the full list of winners below:

The Grand Jury Prize: Documentary was presented to How to Die in Oregon, directed by Peter D. Richardson. In 1994 Oregon became the first state to legalize physician-assisted suicide. How to Die in Oregon gently enters the lives of terminally ill Oregonians to illuminate the power of death with dignity.
The Grand Jury Prize: Dramatic was presented to Like Crazy, directed by Drake Doremus; written by Drake Doremus and Ben York Jones. A young American guy and a young British girl meet in college and fall in love. Their love is tested when she is required to leave the country and they must face the challenges of a long-distance relationship.
The World Cinema Jury Prize: Documentary was presented to Hell and Back Again, directed by Danfung Dennis. Told through the eyes of one Marine from the start of his 2009 Afghanistan tour to his distressing return and rehabilitation in the U.S., we witness what modern “unconventional” warfare really means to the men who are fighting it. U.S.A./United Kingdom
The World Cinema Jury Prize: Dramatic was presented to Happy, Happy (Sykt Lykkelig), directed by Anne Sewitsky; written by Ragnhild Tronvoll. A perfect housewife, who just happens to be sex-starved, struggles to keep her emotions in check when an attractive family moves in next door. Norway

The Audience Awards are presented to both a dramatic and documentary film in four competitions as voted by Sundance Film Festival audiences.

The Directing Award: Documentary was presented to Resurrect Dead: The Mystery of the Toynbee Tiles, directed by Jon Foy. An urban mystery unfurls as one man pieces together the surreal meaning of hundreds of cryptic tiled messages that have been appearing in city streets across the U.S. and South America.
The Directing Award: Dramatic was presented to Martha Marcy May Marlene, directed and written by Sean Durkin. Haunted by painful memories and increasing paranoia, a damaged woman struggles to re-assimilate with her family after fleeing an abusive cult.
The World Cinema Directing Award: Documentary was presented to Project Nim, directed by James Marsh, who explores the story of Nim, the chimpanzee who was taught to communicate with language as he was raised and nurtured like a human child.United Kingdom
The World Cinema Directing Award: Dramatic was presented to Tyrannosaur, directed and written by Paddy Considine. For a man plagued by self-destructive violence and rage, a chance of redemption appears in the form of Hannah, a Christian charity shop worker with a devastating secret of her own. United Kingdom
The Waldo Salt Screenwriting Award was presented to Another Happy Day, directed and written by Sam Levinson, about a pair of reckless siblings who are dragged into a chaotic family wedding by their overwrought mother.
The World Cinema Screenwriting Award was presented to Restoration, directed by Yossi Madmony; written by Erez Kav-El, about an antique furniture restorer, who, aided by a young and mysterious apprentice, struggles to keep his workshop alive, while his relationship with his own estranged son, who is trying to close down the shop, begins to disintegrate. Israel
The Documentary Editing Award Matthew Hamachek and Marshall Curry and directed by Marshall Curry. The Earth Liberation Front is a radical environmental group that the FBI calls America’s “number one domestic terrorist threat.” Daniel McGowan, an ELF member, faces life in prison for two multi-million dollar arsons against Oregon timber companies.
The World Cinema Documentary Editing Award was presented to The Black Power Mixtape 1967-1975, edited by Göran Hugo Olsson and Hanna Lejonqvist and directed by Göran Hugo Olsson. From 1967 to 1975, Swedish journalists chronicled the Black Power movement in America. Combining that 16mm footage, undiscovered until now, with contemporary audio interviews, this film illuminates the people and culture that fueled change and brings the movement to life anew.Sweden/U.S.A.

The Excellence in Cinematography Awards honor exceptional cinematography in both dramatic and documentary categories: