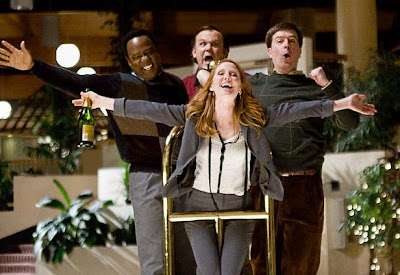 Here is a hilarious clip from their new comedy Cedar Rapids which premiered at Sundance.

The film stars Ed Helms, John C. Reilly, Anne Heche, Isiah Whitlock Jr. (Sen. R. Clayton ‘Clay’ Davis from The Wire) Sigourney Weaver, Alia Shawkat, Rob Corddry, Stephen Root and more. It follows a dull and dimwitted Midwestern insurance salesman (Helms) who travels to a big-city convention in an effort to save the jobs of his co-workers and from there, things get out of control.
Check out this clip from MTV featuring Isiah Whitlock Jr giving a great take on Omar Little from The Wire.
Fox Searchlight is releasing Cedar Rapids in theaters on February 11th.