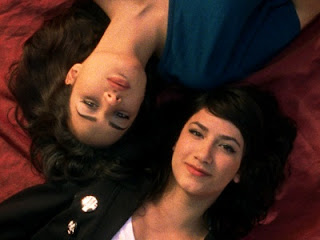 Check out the full press release below:

Participant Media has acquired North American rights to CIRCUMSTANCE, first time writer-director’s Maryam Keshavarz’s suspenseful tale of forbidden love set in today’s Iranian youth culture, it was announced today by Ricky Strauss, President of Participant Media. Participant is currently in discussions with several distributors for the film, which was produced by Keshavarz along with Karin Chien and Melissa M. Lee, with Christina Won serving as executive producer.

In CIRCUMSTANCE, heralded as “an amazingly accomplished and complex first feature” by critic James Greenberg in the Hollywood Reporter, a wealthy Iranian family struggles to contain a teenager’s growing sexual rebellion and her brother’s dangerous obsession.

Participant Media is an entertainment company that focuses on documentary and narrative feature films, television, publishing and digital content about the real issues that shape our lives. For each of its projects, Participant creates social action and advocacy programs to transform the impact of the media experience into individual and community action.