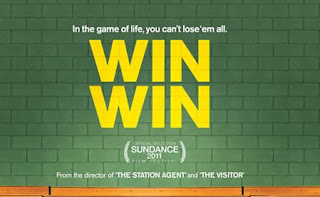 Here is the first poster for Tom McCarthy’s new film Win Win that premiered at Sundance. 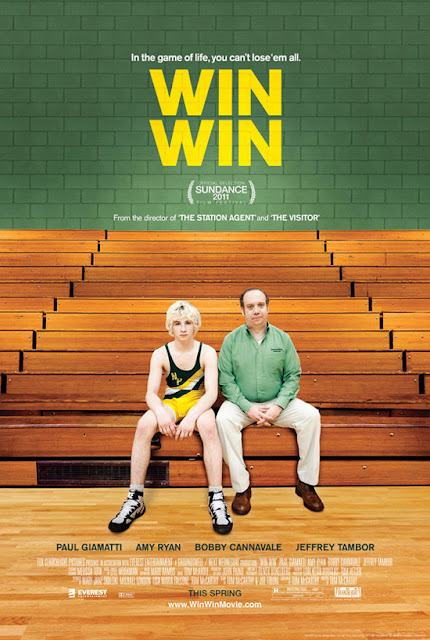 McCarthy directed such films as The Station Agent and The Visitor.
Synopsis:
Struggling attorney Mike Flaherty (Paul Giamatti), who volunteers as a high-school wrestling coach, takes on the guardianship of an elderly client in a desperate attempt to keep his practice afloat. When the client’s teenage grandson runs away from home and shows up on his grandfather’s doorstep, Mike’s life is turned upside down as his win-win proposition turns into something much more complicated than he ever bargained for.
Maybe because director Tom McCarthy is also a skilled actor, he has an innate ability to mine his material for those nuances that expose the delicate human conflicts that drive his characters. They struggle to be good as their almost-understandable flaws put them to the test. You get the distinct feeling that his actors love working for him because they do their jobs so well. Win Win could refer to the old adage about how we play the game, but more simply, it just means that doing right brings out the best in all of us.
The film is set to come out on March 18th.
Source: Vulture