Here’s the official poster for a psychological drama called Sound Of My Voice premiering at the Sundance Film Festival. 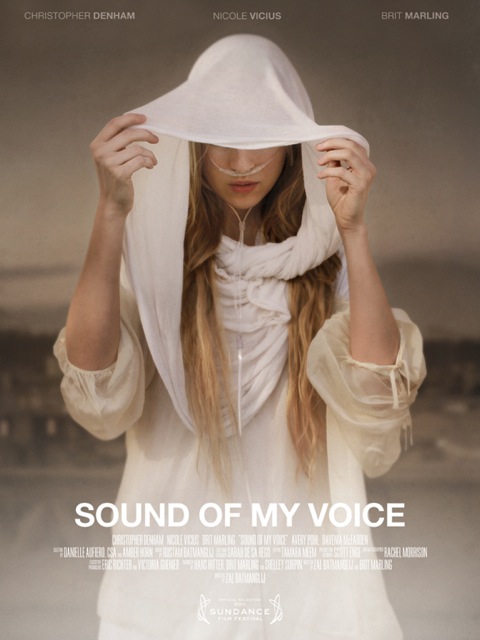 The film is directed and co-written by Zal Batmanglij (brother of Vamire Weekend‘s Rostam Batmanglij). The band did the soundtrack, which is awesome. Hans Ritter and Shelley Surpin produced the film which chronicles a couple’s infiltration into a California cult and what happens when they meet the group’s leader. Brit Marling stars (who also co-wrote and produced the film) along with Christopher Denham, Nicole Vicius and Avery Pohl.

Peter and Lorna, a young Silver Lake couple, delve into the underworld of a cult that meets in the San Fernando Valley. At the center of the group is an enigmatic young woman named Maggie who never leaves her basement chamber. The members follow Maggie blindly—growing her food, obsessively sanitizing the house, giving her their own blood for transfusions. But why? We follow Peter and Lorna as they smuggle hidden cameras into Maggie’s basement bent on exposing her as a charlatan and freeing the members from her spell. But when they themselves fall prey to Maggie’s mind games all bets are off.