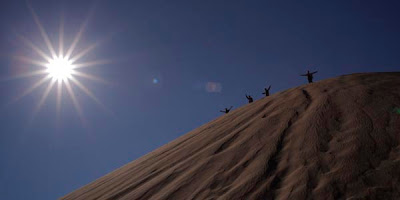 Here is the trailer for the indie film I Melt With You.

The movie looks pretty intense from the trailer. It also has a great cast that includes Rob Lowe, Jeremy Piven, Thomas Jane, Christian McKay, Sasha Grey, Carla Gugino and a few more. The film is set to premiere at the Sundance Film Festival next week.

Here is the official description from Sundance:

Richard, Ron, Tim, and Jonathan are friends from college who gather for a weekend each year to celebrate their friendship and catch up with each other. On the surface, they look like other men going through life: they have careers and families and responsibilities. But as with many people, there is more to them than meets the eye. As the weekend progresses, they go down the rabbit hole of excess. Fueled by sex, drugs, and rock ‘n’ roll, their bacchanalian reunion drives them to an unexpected place where they are forced to confront themselves and the choices they’ve made.

Writer/director Mark Pellington returns to the Sundance Film Festival with a riveting and emotionally raw story that puts the modern male psyche under the knife, opening it up and exposing it for what it is. The four leads deliver crackling performances as they dig deeply within themselves to portray painfully honest characters. What emerges is a visually dazzling, sonically charged exploration of men on the brink of enlightenment . . . whether they want it or not.

Watch the trailer below and tell us what you think!

Trailer For Park Chan-Wook's Film Shot With The iPhone 4