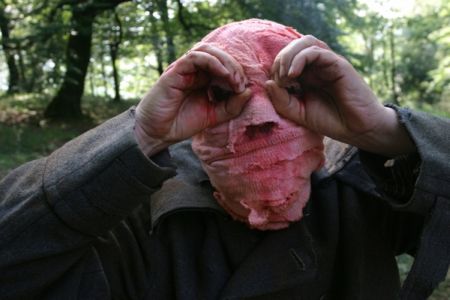 DreamWorks is planning to remake the 2007 time travel spanish film Time Crimes.
Steve Zaillian has been hired to adapt the script for American audiences. While a remake might not sound good, Zaillian is responsible for writing several excellent films such as Gangs of New York, Hannibal, Mission Impossible, Schindler’s List, Clear and Present Danger and several other films. He’s currently worked on yet to be released films The Girl With the Dragon Tattoo, Moneyball and The Irishman.

The original was a great low budget film that really made you think. With Zaillilan involved the remake could be better than the original with him behind it. I normally would not say that about any remake, but he is an excellent writer.

Original Film Synopsis:
An ordinary guy takes an extraordinary step through time in this science fiction thriller. Hector is spending a few days in the countryside with his girlfriend, Clara, when he sees something that catches his attention while playing with his binoculars. Looking at a nearby house near a wooded area, Hector spies a beautiful woman taking her clothes off, and decides to take a stroll and give her a closer look. However, when he arrives at the house several minutes later, the woman is lying in the grass and appears to either be dead or passed out. As Hector examines her, he’s attacked by a strange man and flees on foot. Hector seeks refuge in a building that turns out to be a research facility owned by a mysterious scientist, who gives him a place to hide inside a futuristic closet. However, Hector realizes it was actually a time-travel machine when he emerges a few minutes later and looks out the window to see himself standing over the unconscious woman in the distance.
Read my review of the film HERE. Below is the the trailer for the original movie: