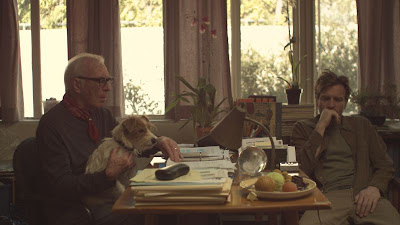 Here is the trailer for Mike Mills’ Beginners starring Ewan McGregor, Christopher Plummer andMélanie Laurent.
For those of you who do not know, Mills started designing album covers for such bands as the Beastie Boys, Beck, Sonic Youth, and Ol’ Dirty Bastard. He then switched to directing music videos for Moby, Yoko Ono and Air. His directorial debut was 2005’s Thumbsucker, based on the novel by Walter Kirn.
Beginnners is an independent drama about a young man (Ewan McGregor) who “is rocked by two announcements from his elderly father: that he has terminal cancer, and that he has a young male lover.” Christopher Plummer plays Oliver’s father Hal, and Inglourious Basterd’s Mélanie Laurent plays a young French actress whom he meets at a costume party and develops a relationship.
Check out the trailer for the film below which will be released on June 3rd 2011 from Focus Features.