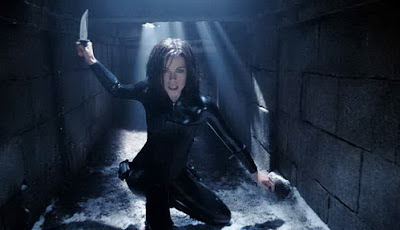 The official title of the fourth installment of the Underworld franchise is Underworld: The New Dawn!

News has been scarce since it was announced that Swedish directors Mans Marlind and Bjorn Stein had been hired to direct the film.

Synopsis:
THE NEW DAWN centers on the vampire Selene (Kate Beckinsale), who awakens after being in a 15 year coma. She soon discovers that she has a fourteen-year-old vampire/Lycan hybrid daughter, Nissa, and when she finds her, they must stop BioCom from creating super Lycans that will kill them all.

Filming begins this March, when filming is expected to begin in Vancouver. The film is set for a January 20, 2012 release date.