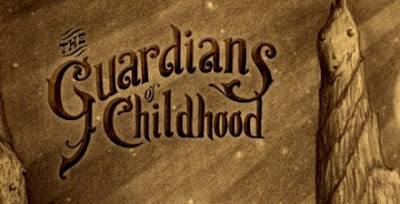 I am really impressed lately with DreamWorks Animation. The voice cast for their adaptation of the William Joyce book, The Guardians Of Childhood ,entitled Rise of the Guardians has been announced.

Chris Pine, Hugh Jackman, Jude Law, Alec Baldwin, and Isla Fisher have been cast in the film. According to Variety the film is a“contemporary fairytale based on existing fairytale characters,” including Jack Frost, North (aka Santa), Bunnymund (The Easter Bunny), Tooth (Tooth Fairy), and Sandy (The Sandman), who begrudgingly join forces to help stop Pitch (the Boogeyman) from sending the world into complete and utter darkness.
Guillermo del Toro is producing the project which has Law is taking on the role of the villain, Pine as Frost, Jackman as Bunnymund, Baldwin as North and Fisher as Tooth.
Guardians will be directed by Peter Ramsey (Monsters Vs. Aliens) from a script penned by David Lindsay-Abaire. This sounds like a kick-ass story and the cast and team in place rocks. W will share more news on this story as it develops.
What are your thoughts on this film?