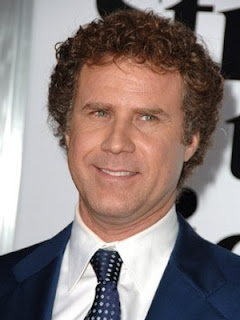 Will Ferrell is joining NBC’s The Office in a four-episode arc later this season.

Ferrell is set to play a branch manager who arrives from the home office and proves to be just as inept as Michael Scott.

Producers are reuniting Ferrell with his Anchorman co-star in hopes of boosting the show’s ratings near the end of the season.  Here is what exec producer Paul Lieberstein (Toby) had to say:

“We found Steve Carell when he was nothing but a movie star and we turned him into a television star. We are proud to continue The Office‘s tradition of discovering famous talent, and we hope that once America gets a good look at Will, they’ll see what we see: tremendous raw sexuality.”