Earlier we posted an image that was low-res and now these images have been released, show off a little bit more detail. I am loving what I see. Do not believe the fan boy whining, this looks like an amazing film and the costumes and setting are going to be awesome. 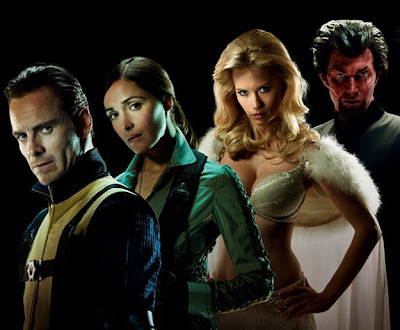 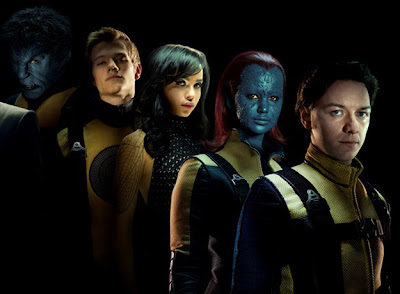 The film stars James McAvoy, Michael Fassbender, Rose Byrne, January Jones, Kevin Bacon, Nicholas Hoult, Jennifer Lawrence, Caleb Landry Jones, Lucas Till, Edi Gathegi, Jason Flemyng, Oliver Platt, Morgan Lily, Zoe Kravitz, and Bill Bilner.
X-Men: First Class charts the epic beginning of the X-Men saga and reveals a secret history of famous global events. Before mutants had revealed themselves to the world and before Charles Xavier and Erik Lensherr took the names Professor X and Magneto, they were two young men discovering their powers for the first time. Not archenemies, they were instead at first the closest of friends, working together with other mutants (some familiar, some new) to stop Armageddon. In the process, a grave rift between them opened, which began the eternal war between Magneto’s Brotherhood and Professor X’s X-Men.
It’s set to be released in theaters on June 3, 2011.
Source: MSN