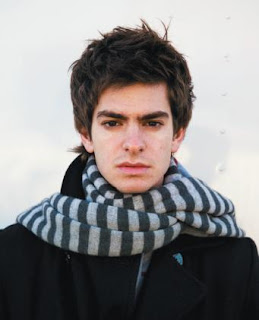 Andrew Garfield has been been cast in the lead role of a new film called Back Roads. Jennifer Garner and Marcia Gay Herden are also set to star in the film, which is an adaptation or Tawni O’Dell’s best selling novel of the same name.
Adrian Lyne (Jacobs Ladder) has been hired to helm this murder mystery from a screenplay he co-wrote with the books author.
Variety reports that Garfield will play a young man who is forced to care for his three younger sisters after their mother is sent to prison for killing her abusive husband. Garner will play one of the family’s neighbors who becomes romantically involved with the Garfield, while Harden will play his court-appointed therapist.
The studio is currently looking at several high-profile actresses to take on the roles of Garfields two sisters in the film, which is scheduled to start shooting in June.
Garfield is great in a heavy role. I loved him in the Never Let Me Go. What are your thoughts on this news?
Here’s the description of the story from the book:
An intense, vibrant debut novel set among the back roads of Pennsylvania’s mining country
Harley Altmyer should be in college drinking Rolling Rock and chasing girls. He should be freed from his closed-minded, stricken coal town, with its lack of jobs and no sense of humor. Instead, he’s constantly reminded of just how messed up his life is.
With his mother in jail for killing his abusive father, Harley is an orphan with the responsibilities of an adult and the fiery, aggressive libido of a teenager. Just nineteen years old, he’s marooned in the Pennsylvania backwoods caring for his three younger sisters, whose feelings about him range from stifling dependence to loathing. And once he develops an obsession with the sexy, melancholic mother of two living down the road, those Victoria’s Secret catalogs just won’t do the trick anymore. He wants Callie Mercer so badly he fears he will explode. But it’s the family secrets, the lies, and the unspoken truths that light the fuse and erupt into a series of staggering surprises, leaving what’s left of his family in tatters. Through every ordeal, the unforgettable Harley could never know that his endearing humor, his love for his sisters, and his bumbling heroics would redeem them all.
Funny and heartbreaking, O’Dell’s pitch-perfect characters capture the maddening confusion of adolescence and the prickly nature of family with irony and unerring honesty. Back Roads is a riveting novel by a formidable new talent.