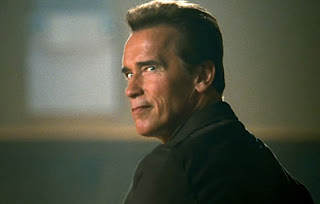 The actor tweeted the following message,

Exciting news. My friends at CAA have been asking me for 7 years when they can take offers seriously. Gave them the green light today.

I am excited to see Arnie back on the big screen. It was reported last month that the WWII film With Wings as Eagles is a strong possibility. He has also been reading two other scripts as possible starring vehicles. As for the roles that Schwarzenegger will be taking on here’s what he had to say in a previous interview,

In the future I have to adapt my roles to my age. Clint Eastwood also has done it in the same way. Extreme fighting or shooting is not possible anymore. I want to be more encouraged as an actor, and I believe that I can manage this challenge. I am like a sponge, which is absorbing all the knowledge and always be willing to learn all new things.

What type of film would you like to see Arnold star in?